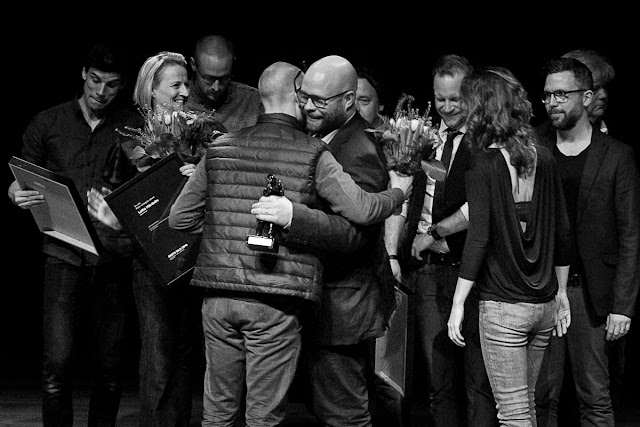 Two Photographers stood out among the rest at Sweden’s Photographer of the Year Award that was held in the Concert Hall Spira in Jönköping 5/3-2016. 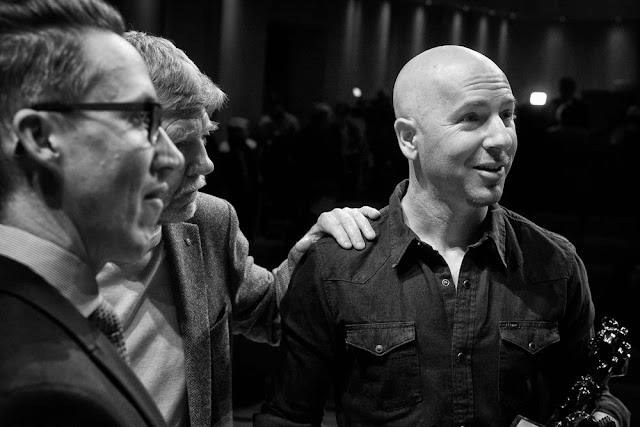 One of them was Magnus Wennman (above right) who works for the Swedish newspaper Aftonbladet. He won the picture of the Year Award with a picture from his photo project "Where the children sleep". Magnus Also won the awards for photo reportage, multimedia and he took first, second and third prize In the category portraits! The other photographer who ruled the stage was Anders Hansson (top middle) from the Swedish newspaper Dagens Nyheter (DN) that was awarded photographer of the year as well as winning the prices for best news image of the year award in Sweden and abroad.

I took the opportunity to ask Magnus a question about winning so many awards when I had a small chat and congratulated him to the awards:
- I am proud and very happy for all the excellent prices that I won today. 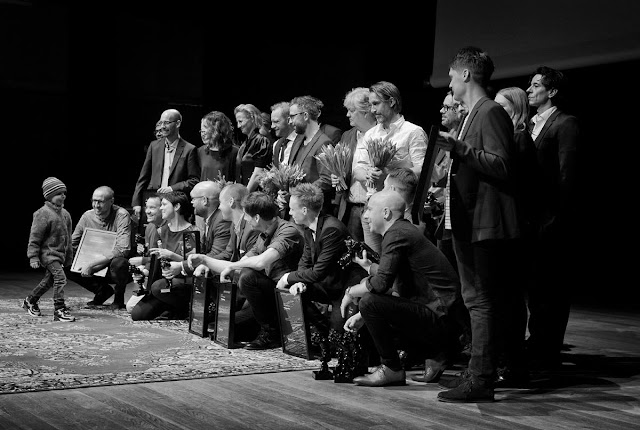