Welcome to the Revival Party 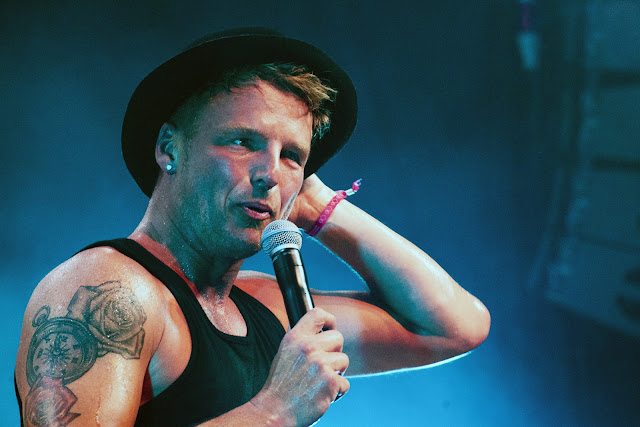 It's impossible to make a correct description of LZ7 as they blend elements of hip-hop, RnB, pop and dance culture and mix them with deep bass lines and awesome beats and create fresh and spiritually powerful music that they serve their audience.

You might not heard about the Manchester based band LZ7 before. But the band are one the venue of getting bigger. They have released their fourth album - Home and 2016 might be the year when they reach a much bigger audience and have a major breakthrough. LZ represents an individual and 7 is the number for creativity. The meaning of the name LZ7 is that humanity are designed to be creative by a living God.

I covered LZ7s concert at the Gullbranna festival outside Halmstad i Sweden on july 4th 2015. And like the rest of the audience I was completely blown away by their performance and the strong presence of the Holy Spirit. LZ7 are a Christian band that not compromise with their faith and communicate the truth to both believers and nonbelievers with their modern sometimes groundbreaking music.

LZ7 gave the audience a really good revival party that was visited by the Holy Spirit. Many young people met with the Lord that evening and I'm glad that I decided to go to the show and not to the caravan for a good nights sleep. Later I walked away from the show with a big smile on my face thankful for what I just had experienced.

LZ7 will play at Skeppet at the Gullbranna festival on Saturday 9 July at 23:00. The band will be supported by the ex member of Family Force 5 Solomon Olds. It's really a concert to look forward to, I believe it's gonna be pretty awesome - Welcome to the revival party!

You can listen to LZ7s latest album here: